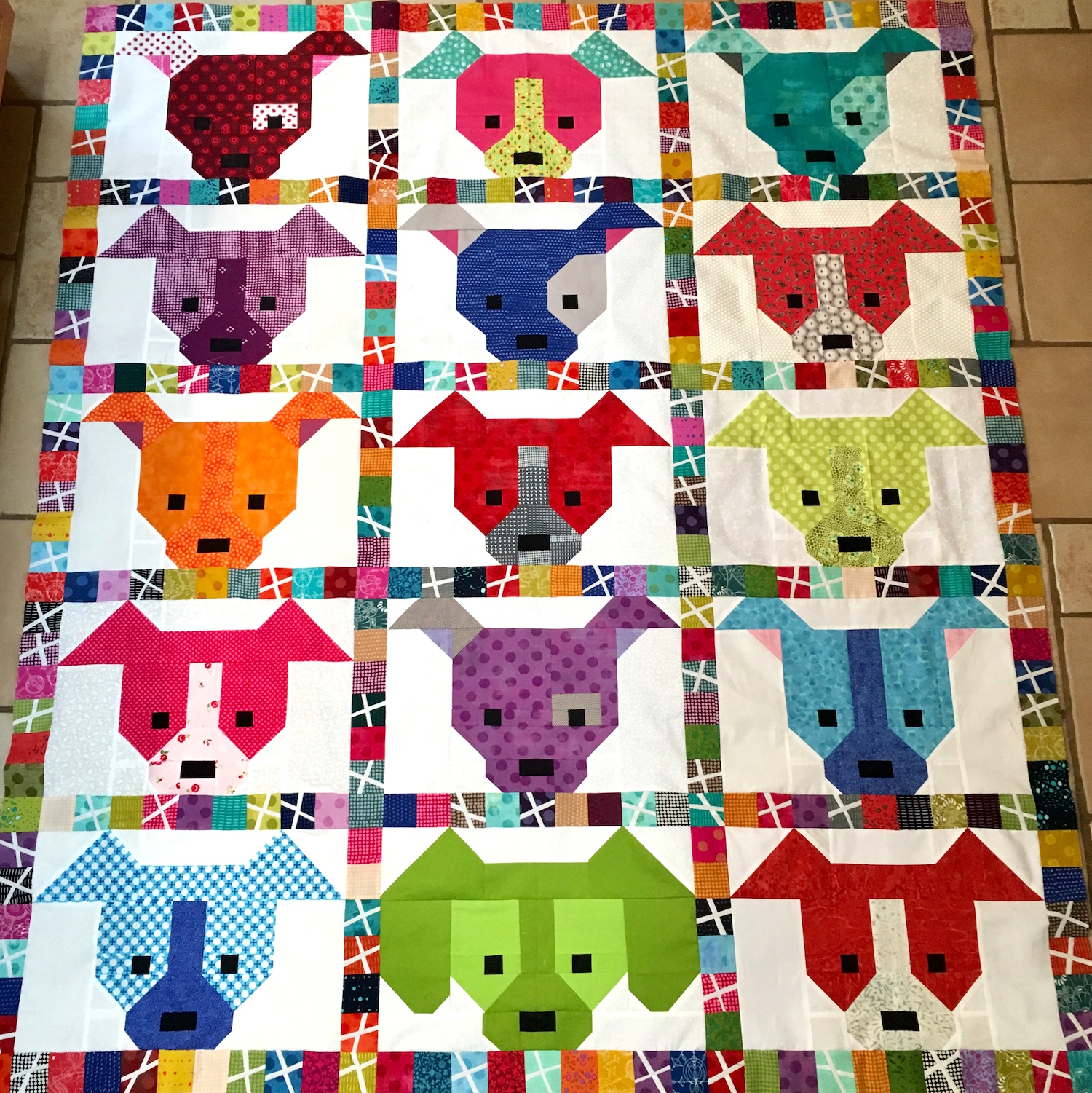 I had some time to myself this past weekend so I spent it getting caught up on a few projects.

First up, the Bee Blocks for my group.  We had 2 Bee Queens in March in order to avoid doing blocks during busier months later in the year.  I got one Queen’s blocks completed and sent off in March, but wound up with it being mid-April and both the 2nd March and the April blocks to do.

First order of business – pull some fabrics.  I had help.  This is Sarafina – we call her Saffy. 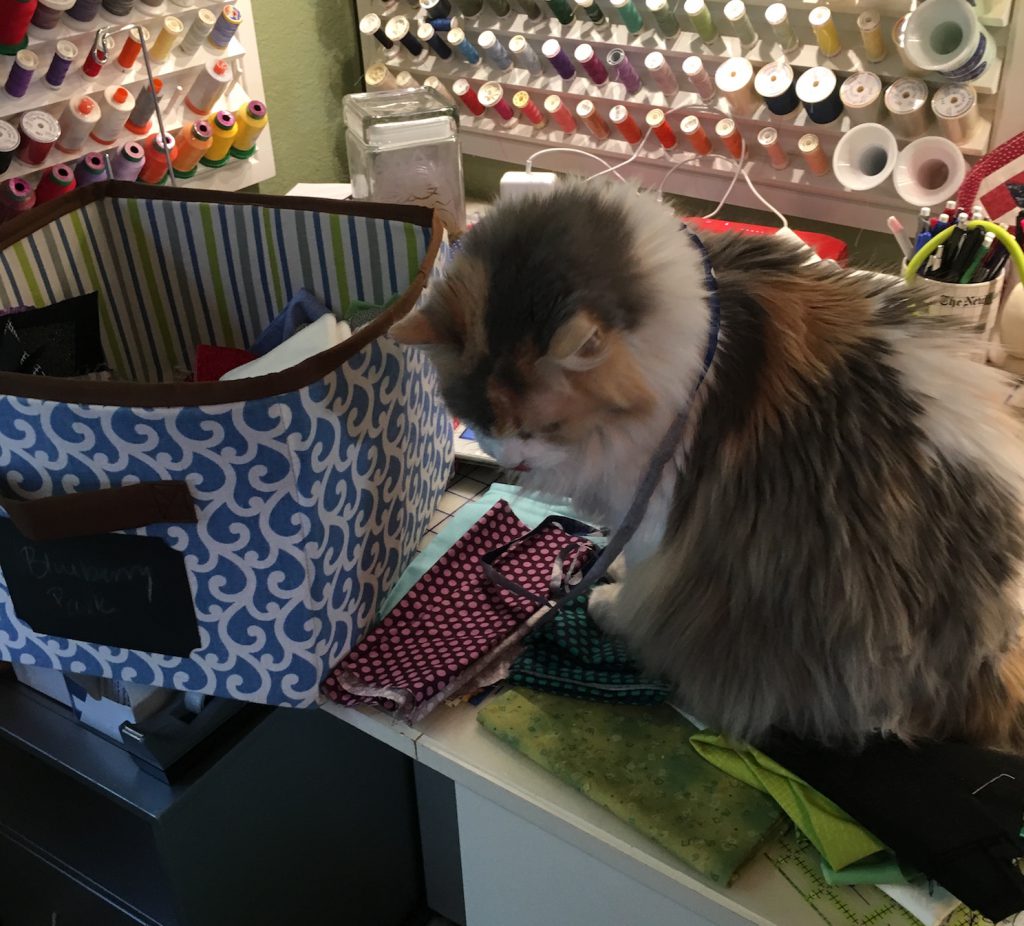 I made Paige’s I-spy blocks for March first.  She wanted blocks for a quilt for a teen-aged girl, so Saffy helped me dig. 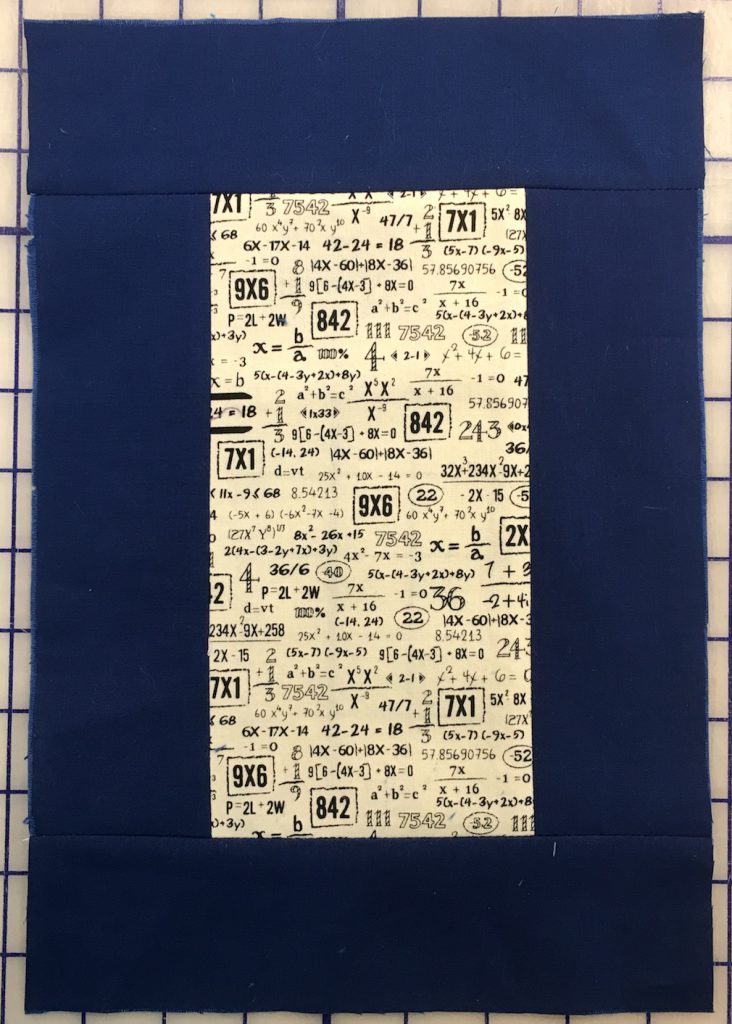 My second block has aliens, because – you know, New Mexico! 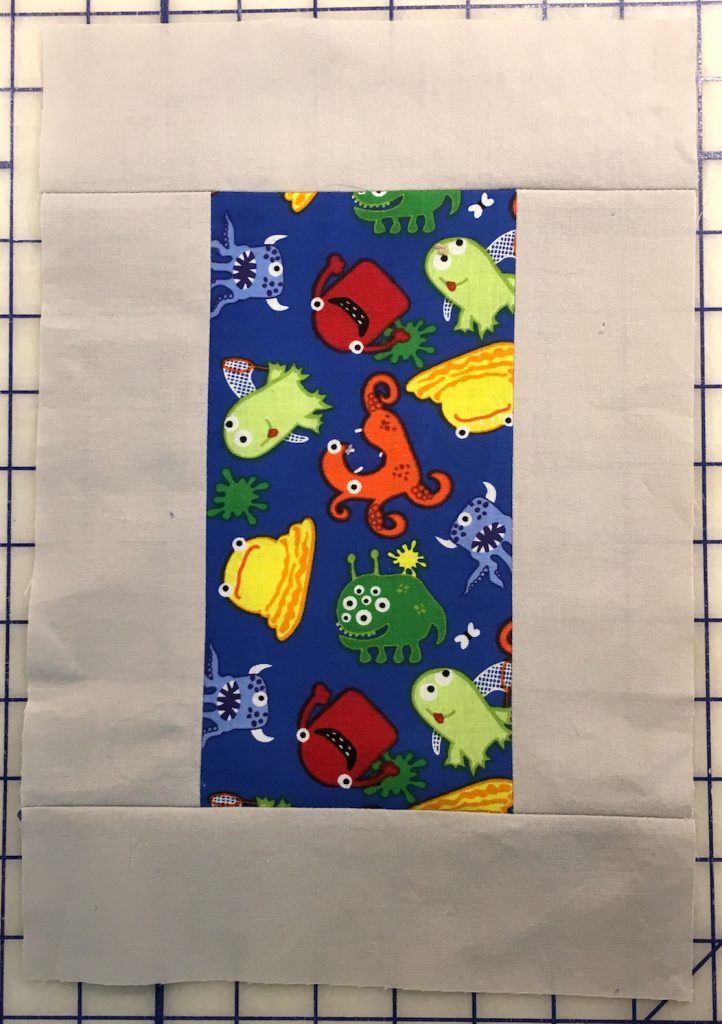 The last one used polka dots because I was really feeling the polka dots this weekend.  Here all three of them are together.  I hope Paige likes them. 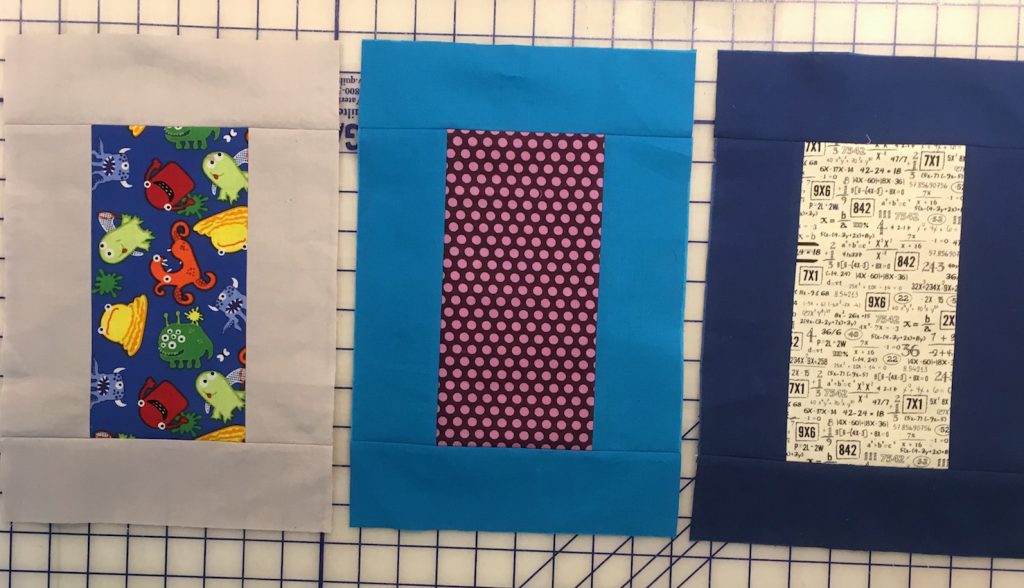 For April, Emily asked for a star made with blue and red fabrics.  It was a paper pieced block, and I like to paper piece, but for some reason this one block took me an entire morning to do.  I then promptly forgot to take a photo of it before sending it off to Emily, so here is the photo from her blog post introducing us to the block.  My block was blue with little white polka dots with white edges.  Again…feeling the polka dots… 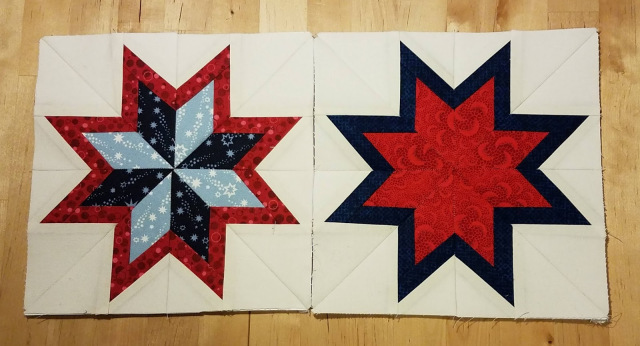 Next up was a quilt for a baby due in June.  I bought this cute Dr. Seuss One Fish/Two Fish Fat Quarter bundle a few months ago and designed a quilt around the panels.  I cut it out Friday night and pieced a lot of the background squares at my Quilt Guild Sew Day on Saturday.  I finished putting together the rows Sunday and Monday.  It is kind of busy, but I think it is cute: 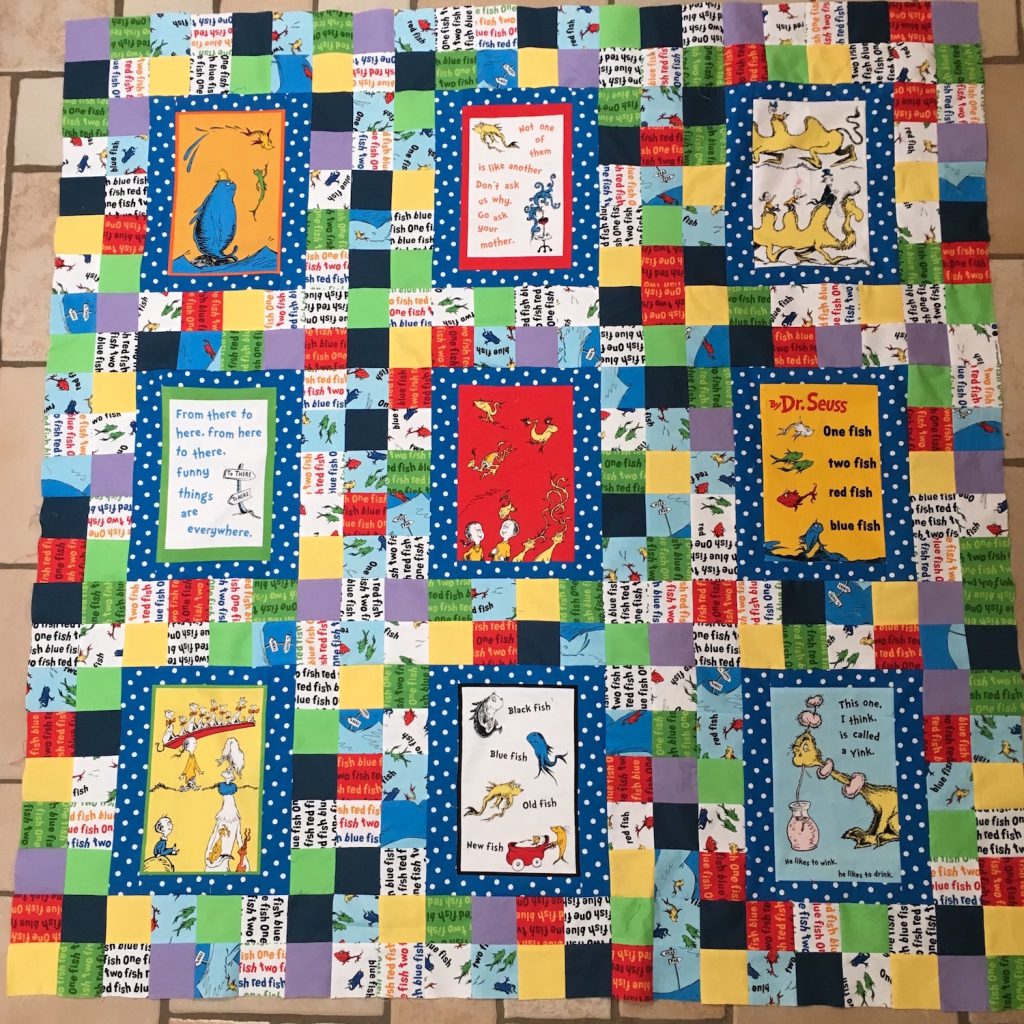 Last up, and the one I’m the most exited about, is finally getting my Dog Blocks together into a top.  These blocks were sent to me by my Bee-mates when I was Queen last year.  The patterns for these blocks are from the Dog Gone Cute quilt along from Sew Fresh Quilts.  I made a few extra blocks to fill in the top and designed a sashing plan to connect them all together.  Many of the quilts I’ve seen made from these blocks didn’t have sashing, but when you have blocks from many different people it is difficult to get the whites to match, so the blocks didn’t look quite right directly next to each other.  I did the X’s in the sashing in white to help tie the whites together, then added a lot of color to pull out all the different dog fabric color.  This required a lot of piecing of 2.5″ squares (after doing ~150 improv X blocks): 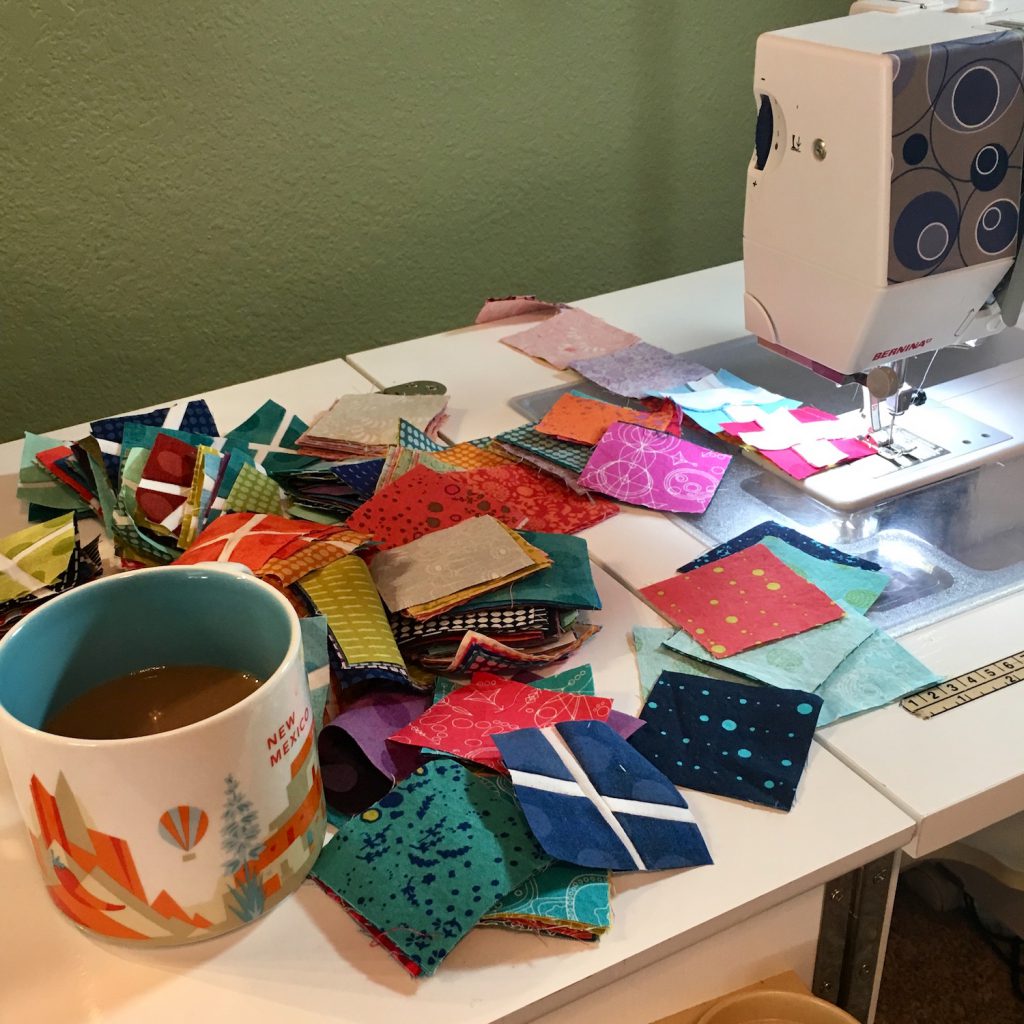 I finished the X blocks on Saturday, then pieced the sashing and sewed the rows together Sunday and Monday.  I think it came out really cool! 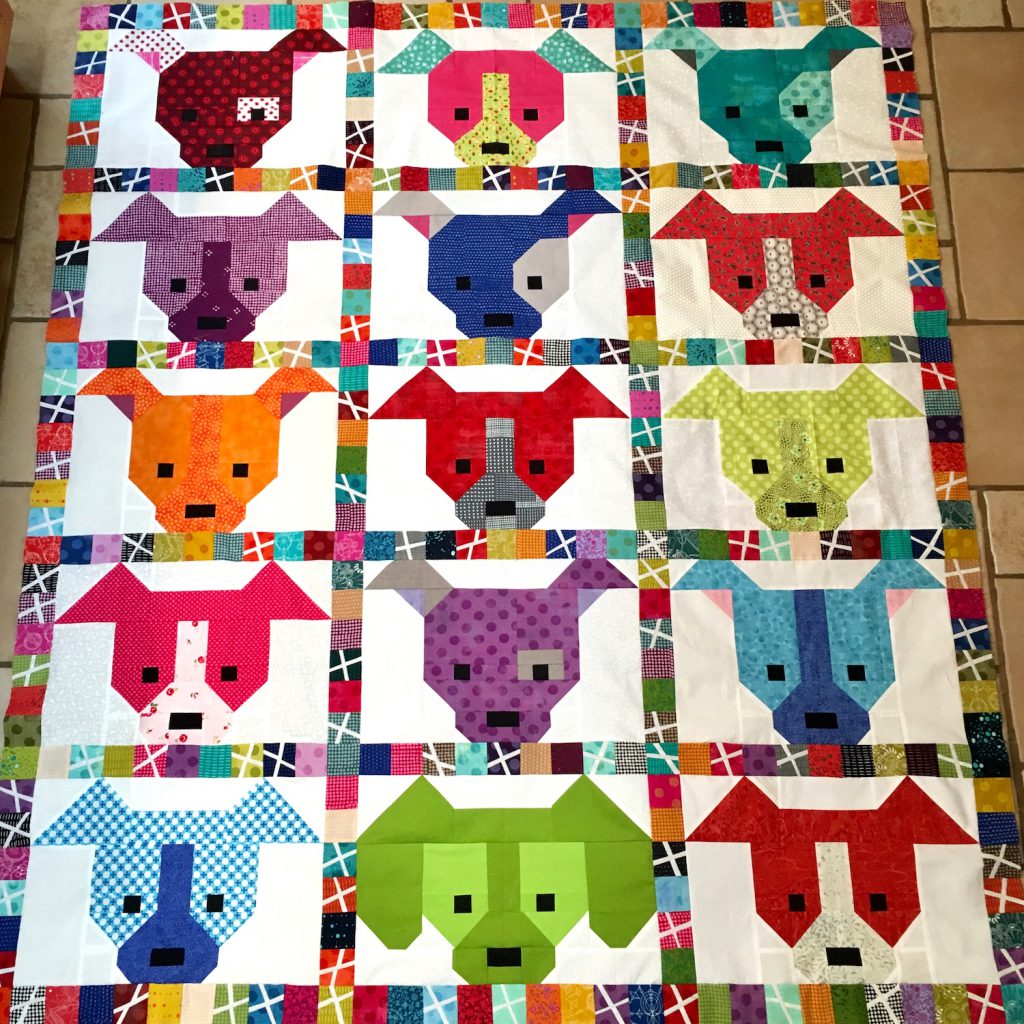 All Bee blocks have been mailed off, and I’m really excited to start quilting both my finished quilt tops.

it was a fun and productive weekend!

5 thoughts on “A Busy Sewing Weekend”