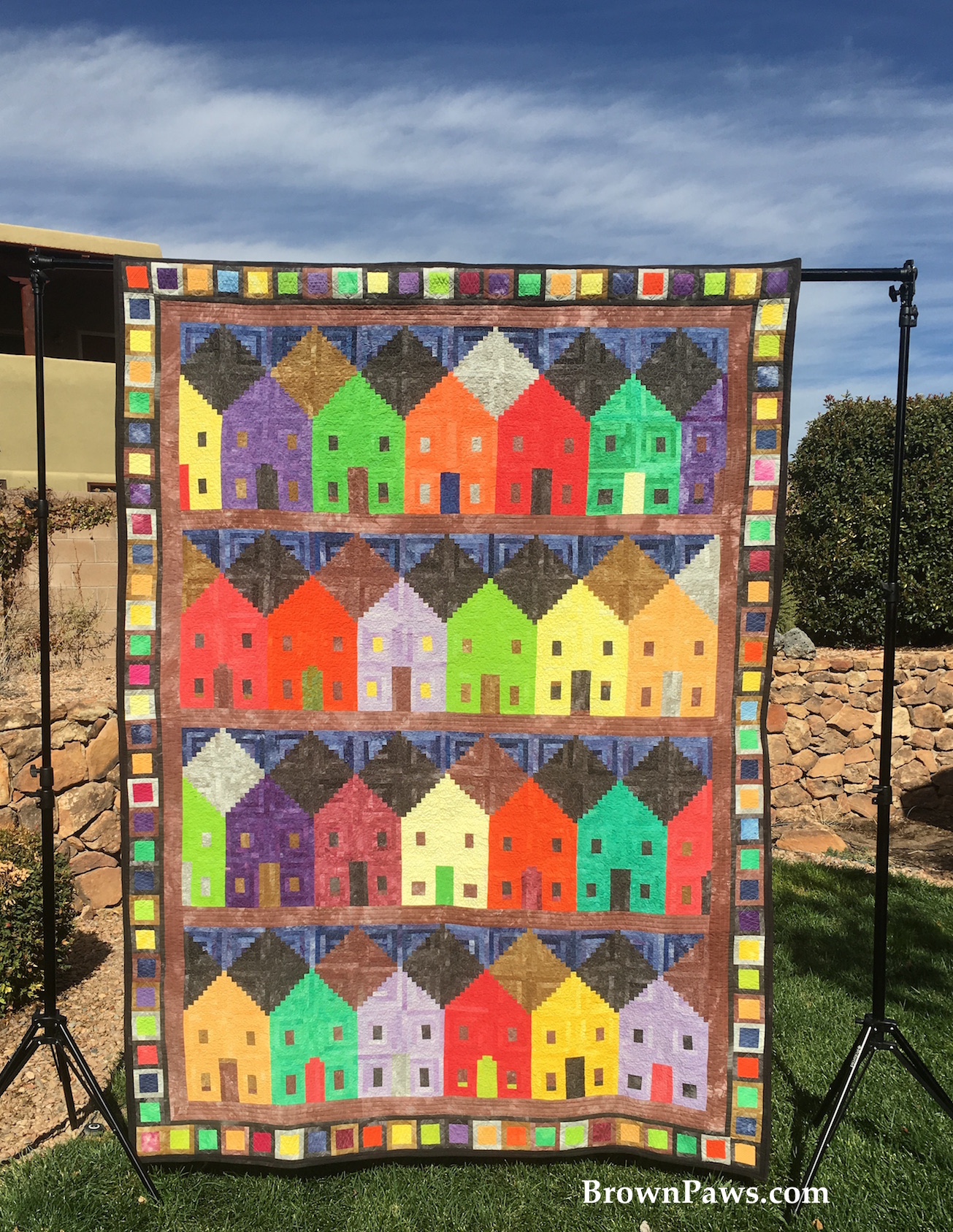 I can not tell you how long I have been working on this quilt.

I went to Burano, Italy back in 2000.  It is a magnificent place.  Google it.  The photos you can get by googling it are so much better than the ones that I took!  I just loved the colorful houses and the clear blue canals.  After that trip I saw a pattern by Flavin Glover in a book called “In Love with Log Cabins”.  I thought this pattern was so awesome, and it reminded me of Burano the minute I saw it.  I was also really into dying fabrics at that time, so all of the colors of the Burano houses were perfect for my dyed fabrics.  I drew up my version using my colored pencils, using my Burano postcards as inspiration. 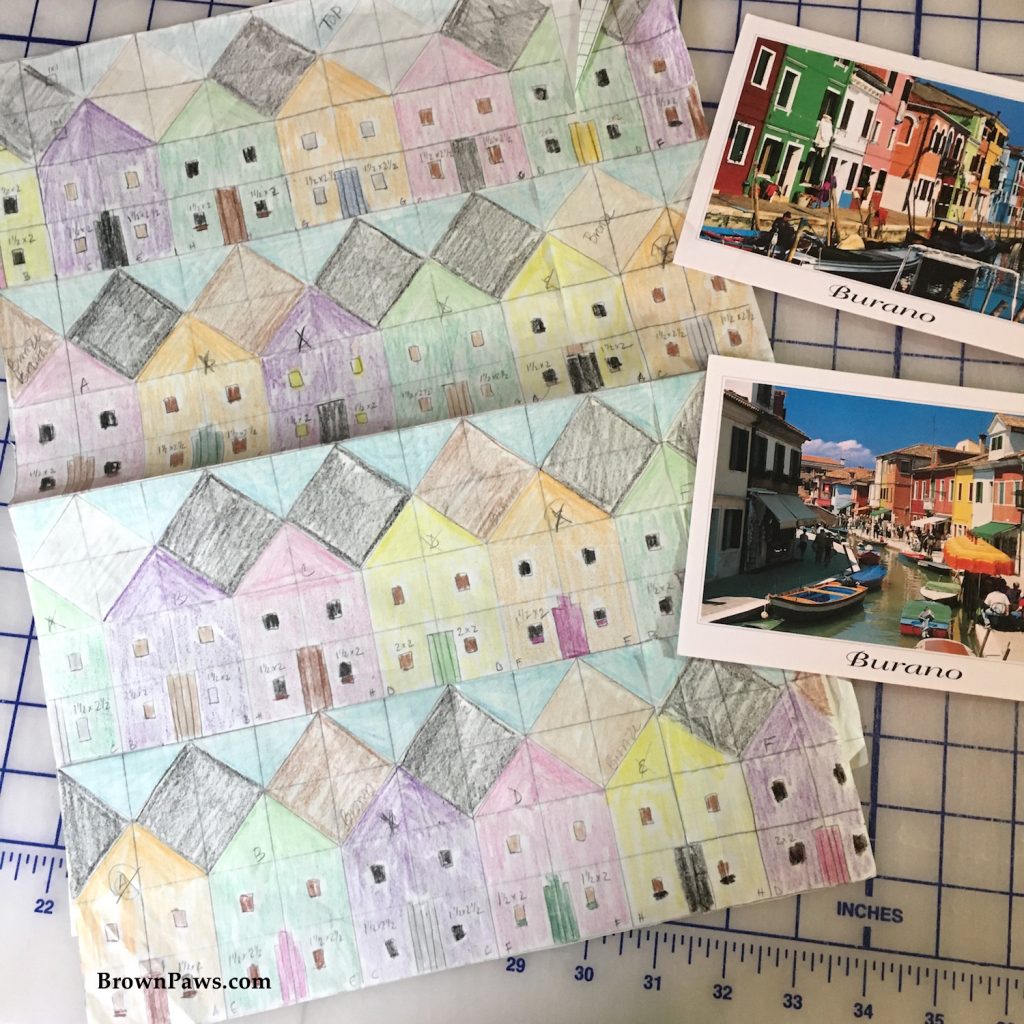 The logs in this log cabin quilt are 1″ wide…which is small!  I started working on this in the early 2000s, but got SO FRUSTRATED with it that I put it aside – for a very long time.  Mid-2015 I was cleaning out my sewing room and I found this quilt in progress and decided I either needed to finish this thing or toss it all out.  I finished the top.  Maggie helped.

After finally finishing it, after, let’s face it, 15 YEARS!!!, I was a bit nervous about quilting it.  Initially I thought I wanted to do some rather complex swirls over the houses, but after practicing the swirls on a smaller quilt, I thought they might be too distracting from all the smaller logs and all the colors.  I decided to go with simpler loops in the houses, and straight lines in the roads/sashing between. 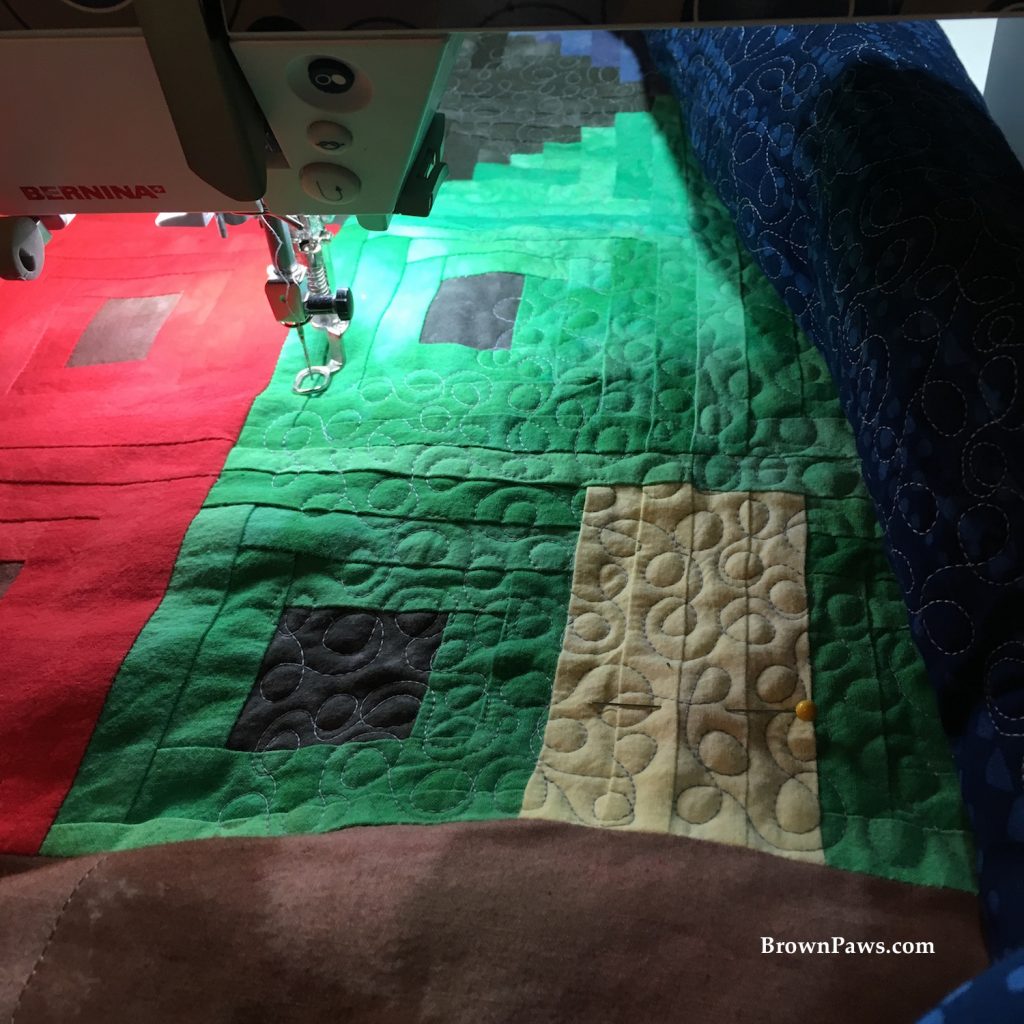 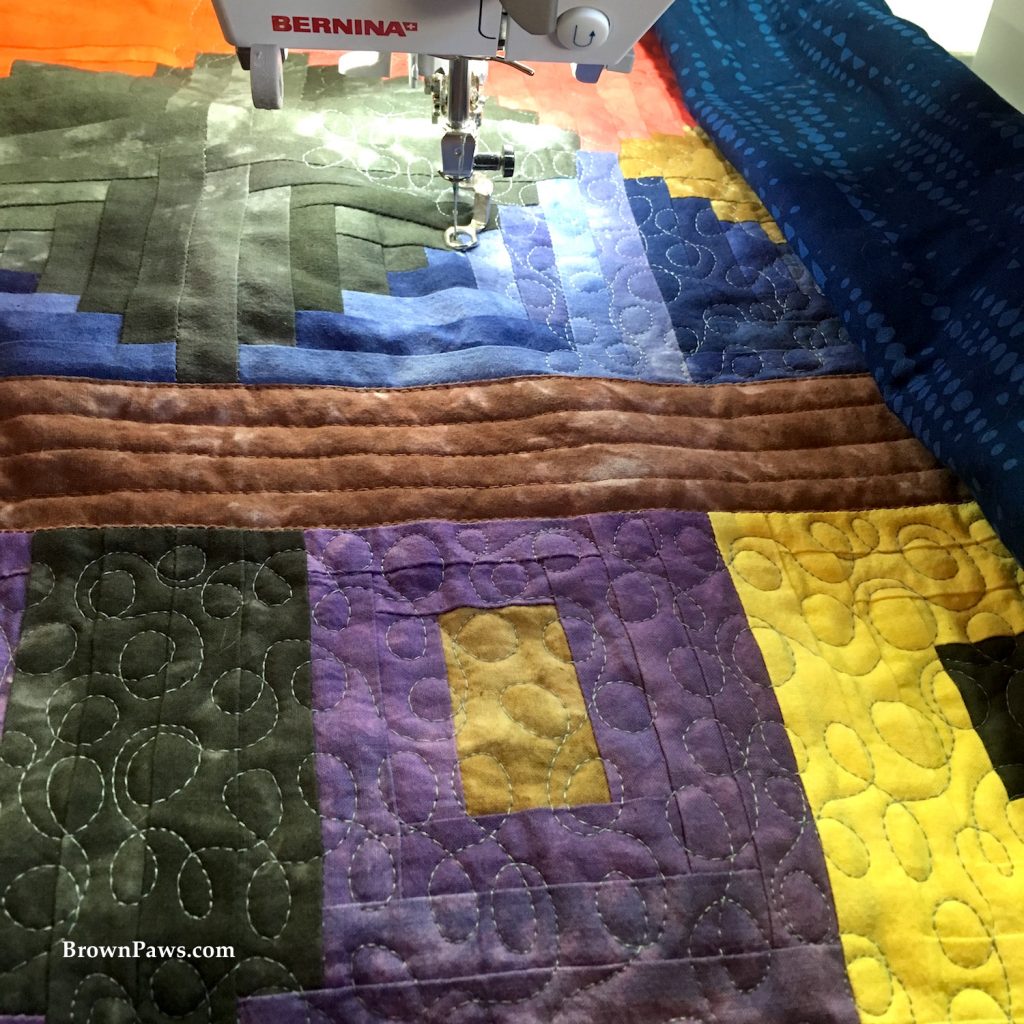 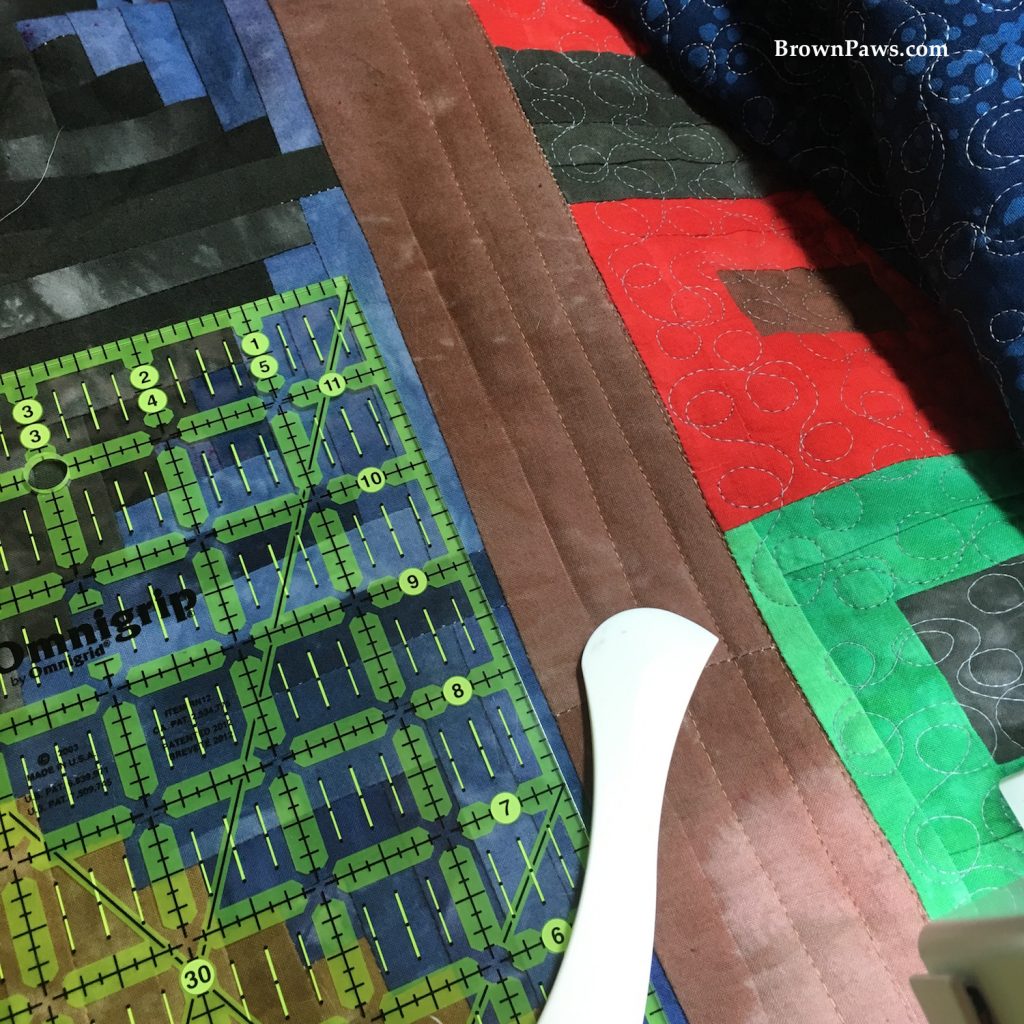 I recently bought this hera tool – it was really useful for marking lines.

The borders were a challenge, but I decided on some dot to dot quilting to frame the shape, and then some ribbon candy to fill it in: 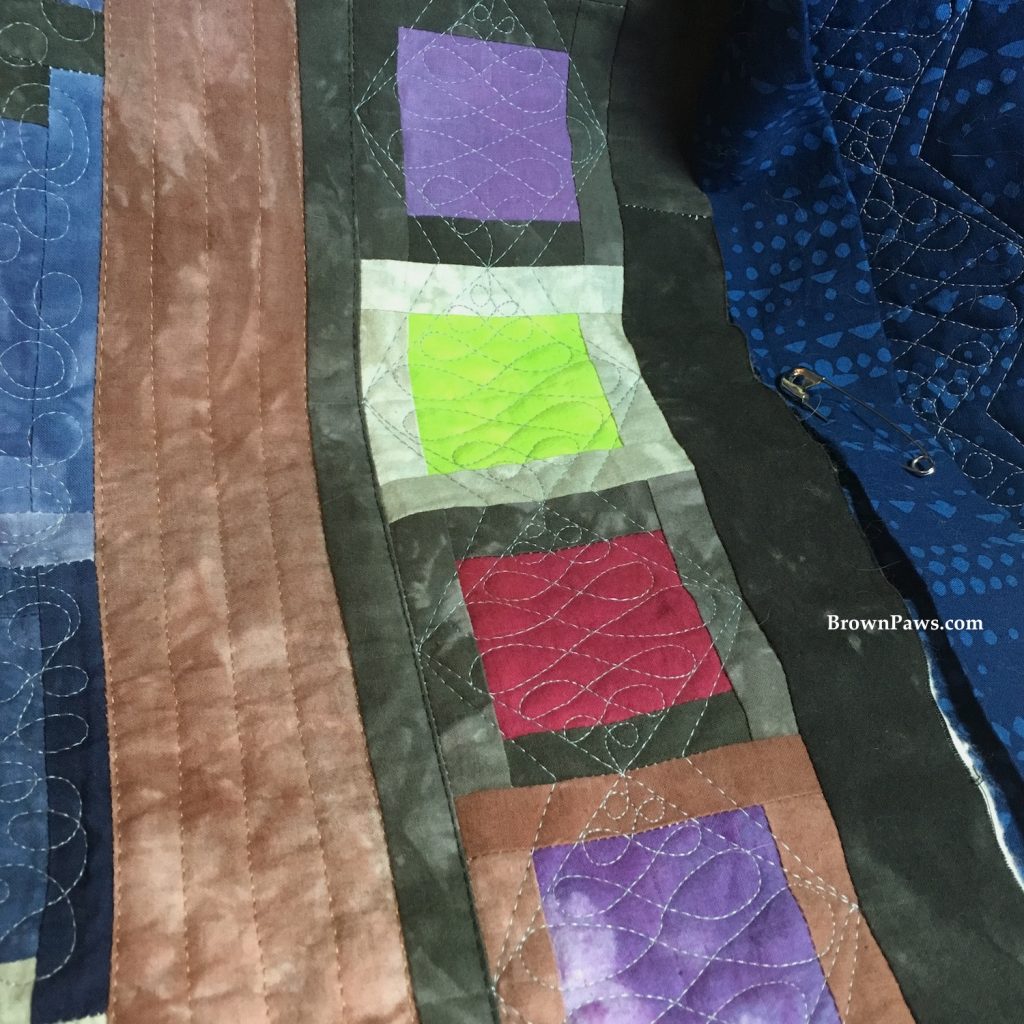 It took me a REALLY LONG TIME to finish this on my domestic machine, but I did it, and here she is: 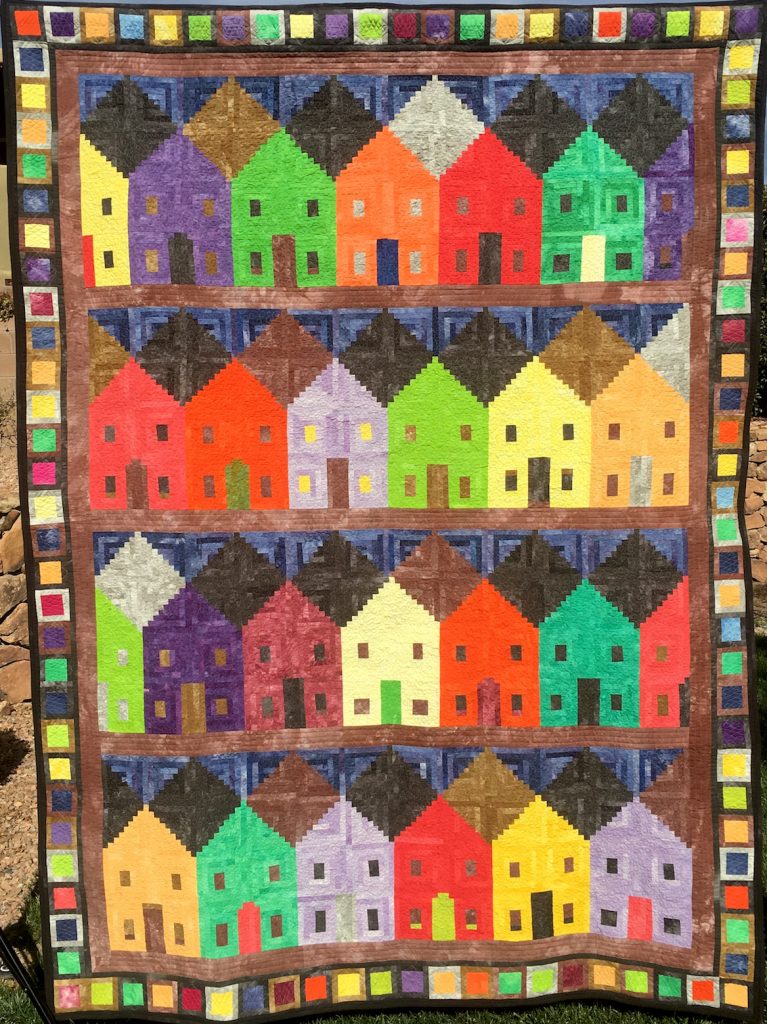 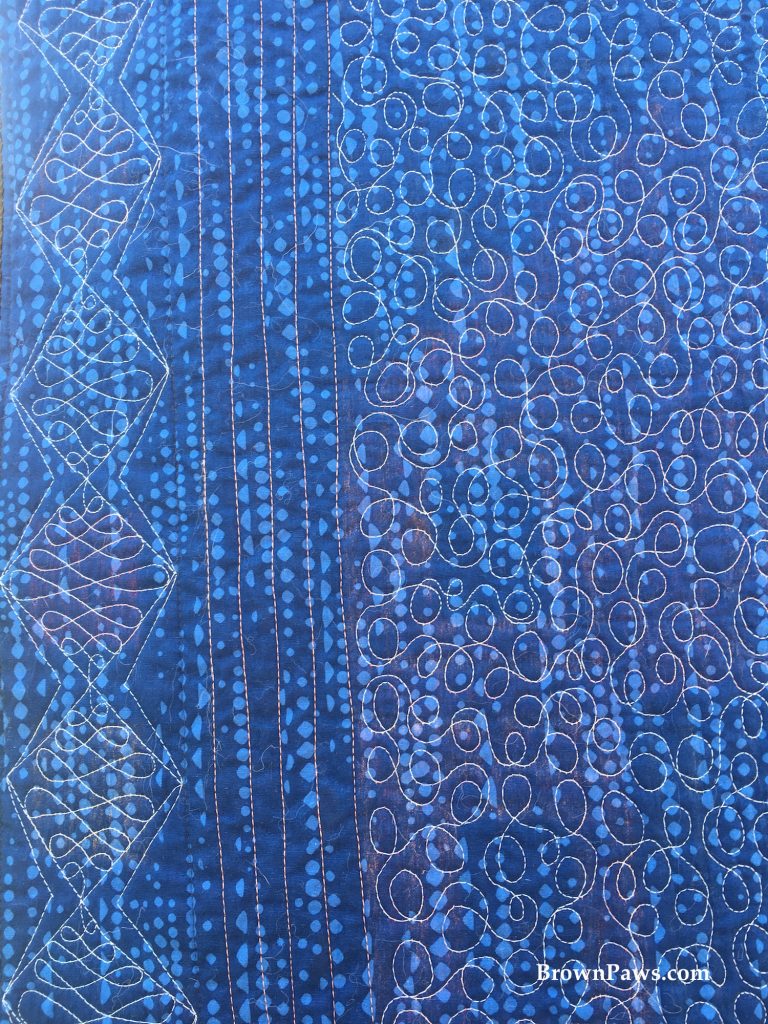 The day we did the photo shoot the sky was really cool, so here’s an uncropped photo: 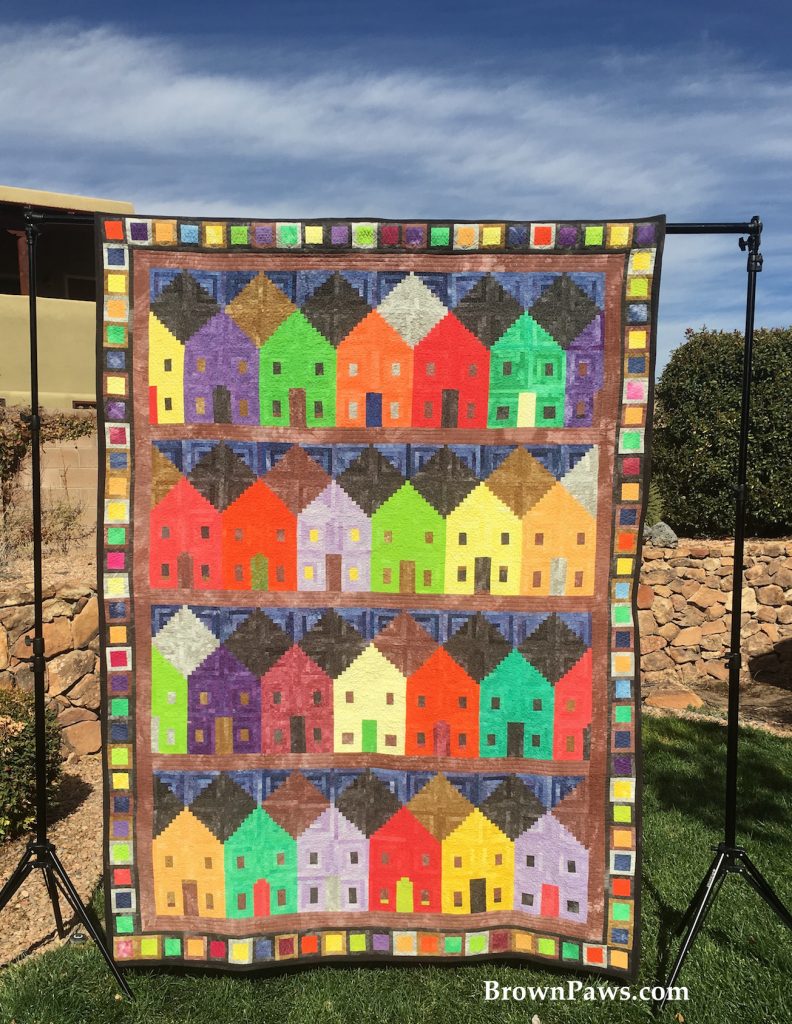 I am really proud of this quilt, and so happy I finally finished it!  YAY!!

This quilt was on my Q4 FAL list, so I’m linking up to the Q4 FAL site.