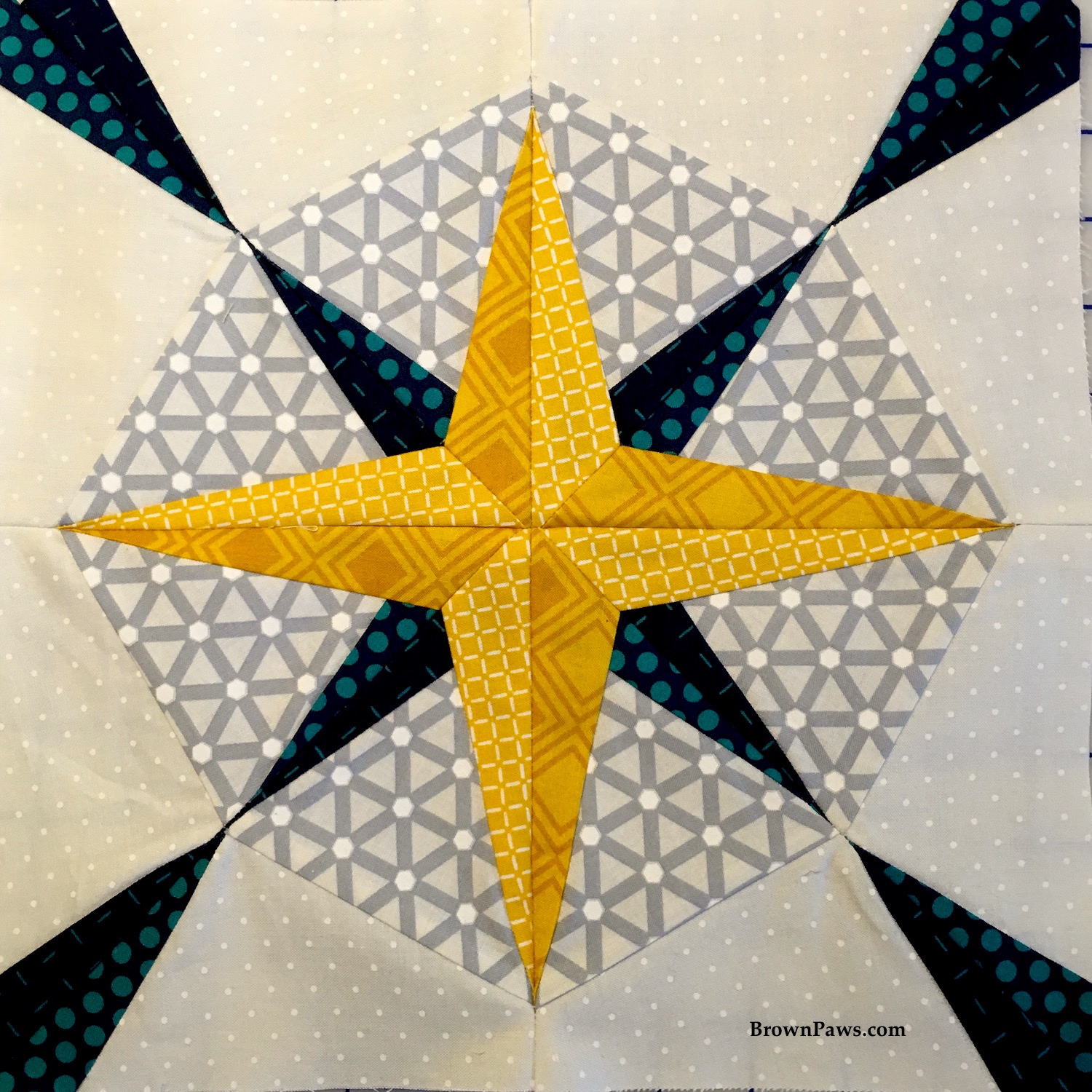 I am LATE with this block, but I’m happy to have gotten it done in July!

We were traveling early in the month for a few weddings, but I got one last week off work before I started back to work to catch up on all my blocks.

So here it is! The Sugar Block Club July Block.

This turned out to be a cool block, and I wound up liking it much more as I put it together and finished it.  It was paper pieced, and it was fun to do such a large paper pieced block as opposed to all the teeny-tiny Splendid Sampler blocks.

This was my fabric pull for the block.  I was looking for some nice contrast between sections in the block. 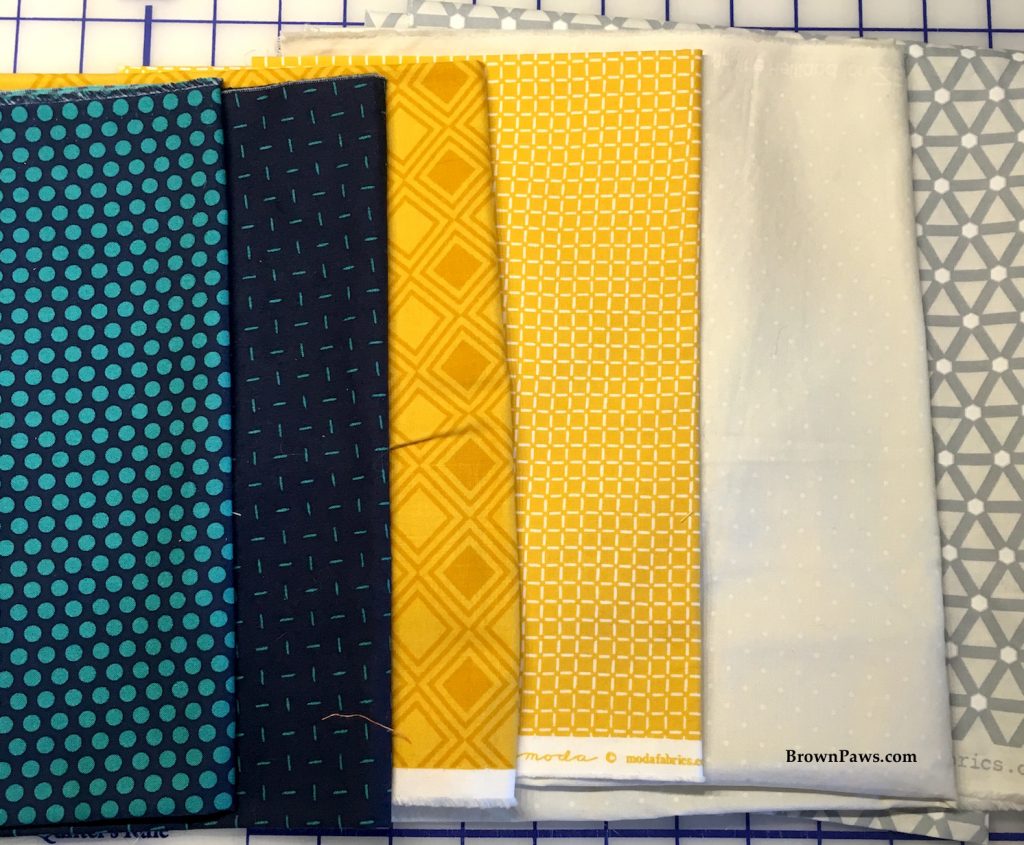 As there were a lot of fabrics in this block I thought that making a plan before staring to cut and sew would be a good idea. 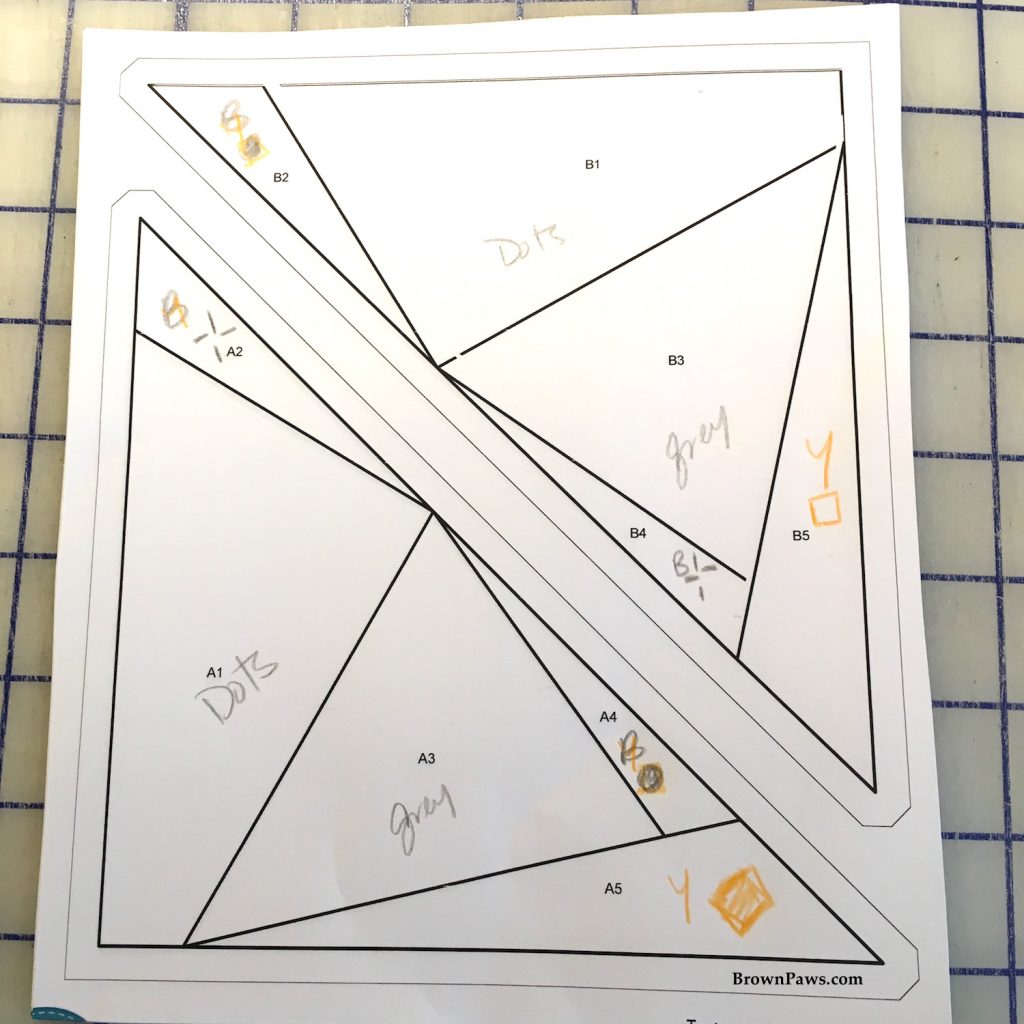 I didn’t color in all of the sections, but made enough notes in each section to make it clear to me which fabric went where.

I then started piecing, working on the A triangles first and the B triangles second.  Some of the sections were very thin, but overall it was pretty straightforward to piece.  Big pieces, and not too many of them. 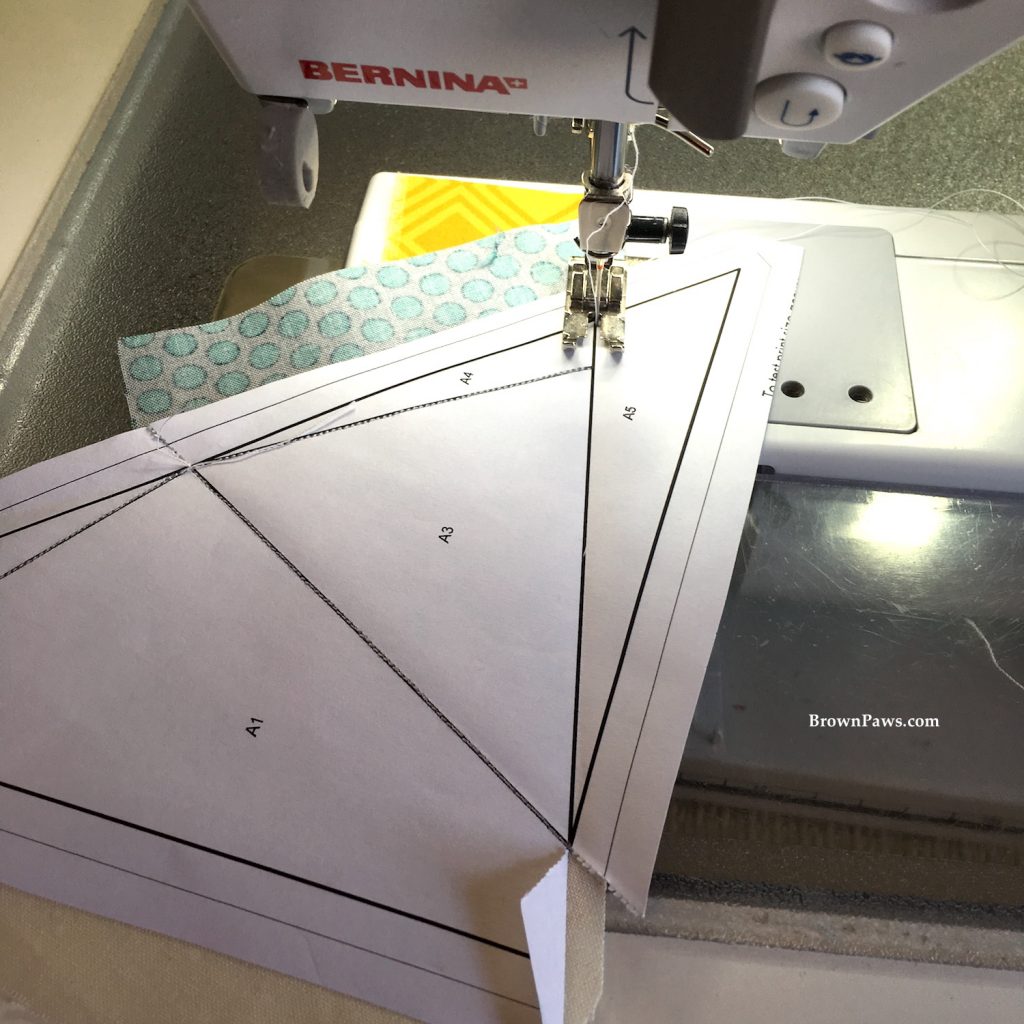 After the paper piecing it was a lot of seam matching to get all of the sections together.

And then ta da!  The finished block: 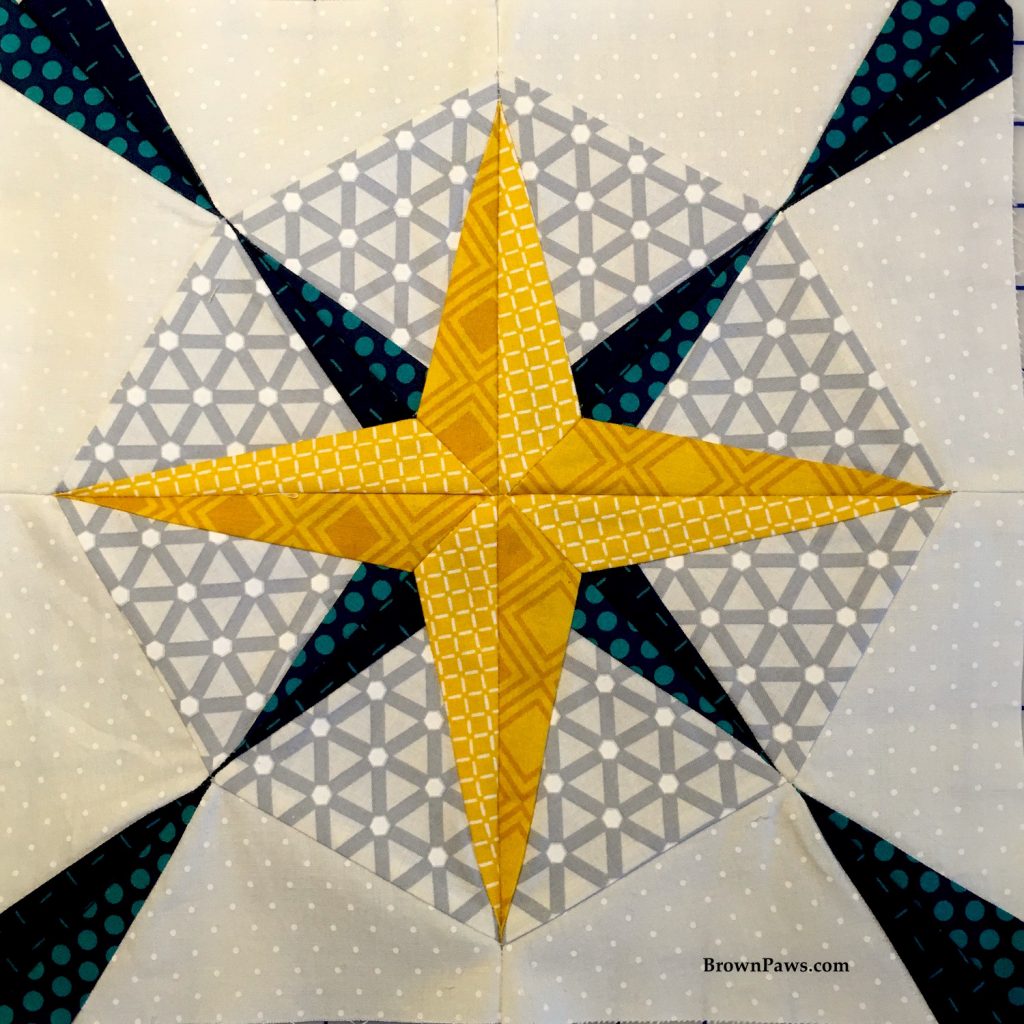 I think it’s really pretty cool!  I had been struggling with how to use the grey triangle fabric, and I think it worked out really well here.  I also like how the two different yellow and two different blue fabrics contrast and set each other off.

July is winding down and I’ll have another Sugar Block to do shortly.  I’m sure it will be another great block to play with!